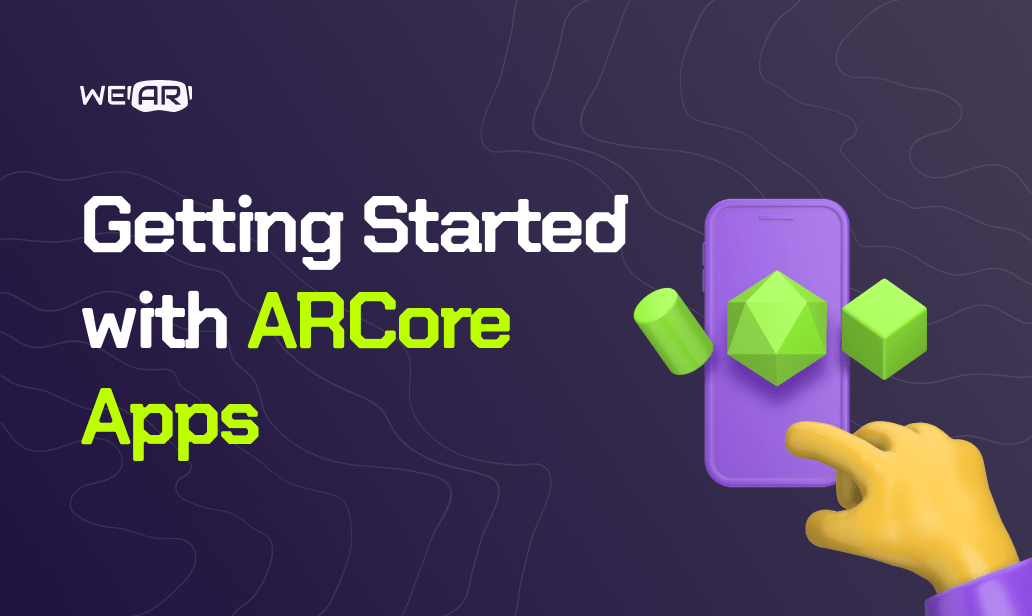 Building augmented, and virtual reality on your phone is possible using the right platform. This is what ARCore is all about, as it makes AR creation more accessible using one of the easiest tools.

ARCore is Google’s platform that you can use to build an augmented reality experience. So, how does ARCore work? How can you use it to create an AR app fast?

In this article, you’ll learn everything you need to know about ARCore. So, keep on reading.

There are currently more than 60 AR apps on Google’s Play Store, with a total number of installations that is close to 13 million. In no time, ARCore has become one of the most popular tools to create AR apps using different APIs that make the phone sensitive to the surrounding environment.

With the help of ARCore and its accessible application, you can design a virtual world with elements from your reality, so it can promptly interact with the information available. Most of these apps are games, but there are also lifestyle apps that users find extremely interesting.

ARCore is growing in popularity as a platform because its APIs or application programming interface tools are available across some iOS and multiple Android devices to provide users with a shareable AR experience.

How Does ARCore Work?

ARCore uses different vital components to integrate virtual content with the real world to create a versatile version of AR.

How Does ARCore Work to Create AR?

By tracking the position of your mobile phone or tablet and creating an accurate understanding of the real world, the app creates a responsive augmented reality. It uses the camera to detect motion by identifying interesting points or features, and see how these points move.

The app then detects other objects’ motion to determine the device’s position relative to these objects and surfaces. These traits allow you to place information that later translates into objects that you can easily incorporate into this created reality.

You can move around and see these new objects from various angles. You can also manipulate these objects, leave them, or change their positions, and they will always stay where you left them after you exit this scene in the app.

What Can ARCore Do?

In short, what can ARCore do for you as a developer? The uses of the ARCore VR can be summarized in several points.

ARCore keeps on expanding and improving to create a seamless experience that would be more entertaining and accessible.

How Can You Use ARCore to Create Apps?

As the user moves their device in the real world, ARCore is able to detect the virtual objects and adjust them to make them appear like part of the real world. ARCore is expanding, but it’s currently available in several forms.

ARCore can’t work on its own, and this is why Google released a software development kit known as Sceneform to allow you to build a functional ARCore Android application. Using this SDK, you can use ARCore for various AR applications by following some easy steps.

Before starting, you need to install the Sceneform plugin to help you build your AR model. Next, you need to make sure that your device is compatible with ARCore.

This AR fragment is already provided in your SDK and can automatically handle your sessions to ensure that the application is running. ARCore should be installed on the user’s device, and access to the camera should be granted.

After installing ARCore, it’s time to import the 3D objects to be rendered and incorporated into the app. These objects can be moved around the space and manipulated in several ways. You can download 3D models from any source and in several formats, including .gltf and .obj formats.

From the project view, you need to expand the app folder and check the models after being downloaded in your Android Studio project. The Sceneform plugin allows you to import and adjust the settings of every 3D model. After that, you need to write some code to include this model into your ARCore created scene.

Again the Sceneform SDK is the tool to use to load your created 3D model. Once it’s loaded, you can place it into any location of your created 3D world. The coding details are better done by an expert who can transform the local coordinates according to the user’s display to real-life coordinates.

See Also: What Do You Pay for in AR/VR Development?

Can You Use ARCore to Build Your AR App today?

Yes, you can, and the results are exceptional. You can always get help from an expert to build your Android app. Just contact WeAR today, and you will receive the needed assistance to design and build your augmented reality app from scratch. So, send an email to hello@wear-studio.com today and start your journey in the world of XR reality.

This website uses cookies to improve your experience while you navigate through the website. Out of these, the cookies that are categorized as necessary are stored on your browser as they are essential for the working of basic functionalities of the website. We also use third-party cookies that help us analyze and understand how you use this website. These cookies will be stored in your browser only with your consent. You also have the option to opt-out of these cookies. But opting out of some of these cookies may affect your browsing experience.
Strictly Necessary Cookies Always Enabled

Performance cookies are used to understand and analyze the key performance indexes of the website which helps in delivering a better user experience for the visitors.

Advertisement cookies are used to provide visitors with relevant ads and marketing campaigns. These cookies track visitors across websites and collect information to provide customized ads.

Other uncategorized cookies are those that are being analyzed and have not been classified into a category as yet.

SAVE & ACCEPT
Powered by