WHAT ARE THE TECHNOLOGIES USED IN AR/VR/MR?

The world of AR/VR/MR technologies is evolving with the speed of light.

Do you remember how Nikola Tesla made a revolution with his idea of the alternating current? Until that moment the world was sure that the direct current was the only available option. But AC turned out to be faster, more durable and much more ergonomic.

Tech world works like this – if you miss certain trend you can soon find out that you are investing time and money in some trash.

That is why sometimes you have to choose between sleeping for 8 hours or being on the know of all tendencies. Even a small delay with the technologies implementation means being overboard and wasting lots of time in vain. That’s why I’ve decided to describe the most up-to-date technologies used in VR/AR/MR development today. What SDKs to choose for apps building? What gadgets to take into account when building apps?

Vuforia is the SDK for building augmented reality applications which provides users with excellent computer vision technology and the opportunity to work with simple 3D objects in real time. Vuforia also gives users with the possibility to recognize flat and dimensional markers.

It is the cross-platform SDK for building location-based, marker or markerless AR experiences. This SDK gives developers a chance to create virtual reality applications for a wide range of operating systems and devices. The latest version of WikiTude promises markerless 3D objects tracking, object/image recognition, compatibility with ARKit and ARCore, instant tracking.

It is one of the most advanced SDKs in the world today for AR apps building created by Apple for all iOS users. ARKit gives users unparalleled AR experience with the help of vertical tracking and amazing 3D graphics. ARKit is the chance to have non-interrupted AR experiences and share them with other users. It’s possible to incorporate real-world objects into your AR experiences, giving your users even greater immersive opportunities.

It is the top SDK created by Google for all Android 7.0 users. The number of devices that support ARCore is growing rapidly every day. This SDK enables APIs with all the important AR features, such as motion tracking, environmental understanding, and light estimation. With these deliverables, it’s possible to build amazing AR experiences and enhance existing applications with AR features.

It is the technology that allows recognizing a human face using a 3D model, and then comparing it to the face from the database for identification. Most of them use neural networks and machine learning technologies to achieve this effect. Face recognition helps to overlay digital content over a human face with high precision for numerous AR applications, such as makeup apps.

It’s the capacity to work with geo-referenced data and unlock AR content attached to the certain geolocation. This is done with the help of sensor-based devices, such as GPS, compass, accelerometer. Geo-based AR can be used outdoor ( it will require GPS signal) and indoor ( will require beacons).

It’s the capability to identify the form and shape of different objects and their position in space using the camera of the gadget to unlock AR application. This helps us to overlay digital information over certain objects, such as packs or bottles, to provide users with additional textual or visual information.

Mobile VR is the most accessible and the most comfortable VR experience for the majority of users. It’s easy to build virtual reality applications for Samsung Gear VR using Unity. Samsung Gear VR is designed to work with Samsung’s flagship smartphones to make virtual reality application available to the majority of Android users.

Google Daydream stands aside from all other HMDs because it was first of all invented by Google and also because it’s definitely an easy-to-use headset that can compete with Samsung Gear VR. Building apps for Google Daydream means reaching hundreds of millions of users with the most interactive and the most powerful applications.

High-end VR headsets, such as HTC Vive and Oculus Rift, give users the sense of total immersion. So if users want to experience alternative dimensions created with the help high-quality 3D graphics they need to choose these devices as long as they have powerful PCs.

As for today, HTC Vive is the best HMD in terms of resolution, audio, the level of immersion that is why all those who want an excellent level of presence place a bet on HTC Vive. Oculus, created by Facebook can boast with 2160 x 1200 resolution, OLED display ( the same as Vive, besides) and higher affordability.

Standalone VR HMDs are getting more and more popular today for one simple reason – you can use them anywhere and you don’t need a powerful PC to start them. Users don’t only want absolute immersion and presence, they also need comfort today.

Wireless HMDs, such as HTC Focus and Oculus Go,  provide users with this comfort and make the display of VR content possible during big events. Building apps for standalone headsets are most effective using Unity, Unreal. Building Apps for standalone HMDs means giving a global audience the chance to have extraordinary VR experiences.

Microsoft HoloLens is an innovative AR holographic headset, the abilities of which are simply incredible. There are a lot of sensors, processors, and cameras that create a perfect picture overlaid over the real world. To create this effect HoloLens uses natural interface commands – gaze, gesture and voice called “GGV”. Microsoft HoloLens can be used for both 2D and 3D (holographic) applications, playing games, making calls. And the special feature of HoloLens is the possibility to interact with the content.

Vuzix is a company which specializes in developing Smart and AR glasses. There are three popular devices from Vuzix which are already popular among clients: Vuzix Blade. Vuzix Blade Smart Glasses are lightweight and have a wave-guide technology. The Glasses can also give directions through the GPS and take photos with this glasses. Vuzix M300 Smart Glasses can be used even as safety glasses for your workers if needed. It has a built-in HD camera to don’t miss the moment that you want to catch and GPS systems for constant orientation.Meta Smart Glasses are made to help you with everyday life. It includes playing virtual games, recognizing faces, and holographic visualizations. Meta Smart Glasses are similar to what Tony Stark uses in Iron Man.

ODG smart glasses are not just a device, it’s a complex computer system that immerses a viewer into a new world of reality. ODG has 4 best products: R-7 Smartglasses, R-7HL Smartglasses, R-8 Smartglasses, R-9 Smartglasses. And each product is designed for a variety of uses among all spheres of business manufacture and entertainment.

Magic Leap is one of the most anticipated MR headsets on the market today. It promises to show us the new level of immersion due to the unique method of beaming light. Apart from that, Magic Leap has no pixelation that is used in other AR and VR headsets, so that’s why Magic Leap mixed reality feels more real than reality.

LeapMotion is a controller for hand tracking that has an innovative technology used by plenty of developers in the whole world. You even don’t need to use glows because it can be embedded straight into VR/AR headsets. It can be used for any Windows VR headsets. There is also Motion Live, created for live television and web broadcasting.

These glasses surprise users with the excellent transparency and functionality. They differ from others with their mind-blowing Si-OLED display & HD camera. They allow perfect combining of digital content and the real world. Epson Smart Glasses support a lot of accessories because of the wireless and Bluetooth connectivity.

HMDs (head-mounted displays) are used to project the image straight to your eyes. Today VR is used in almost all the spheres including healthcare, manufacturing, and business. Modern HMDs have excellent level of visualization, almost immaculate latency, and are comfortable for users. So VR viewers can immerse themselves in a beautiful environment whenever they want.

360 Tour for a Mobile Device

The virtual tour is a sequence of different panoramic photos or a video which creates the effect of traveling to existing locations or visiting unreal places. You can navigate through the whole virtual place by doing special actions. You can try virtual reality tour on any mobile devices.

Virtual 360 tours to existing places can be created by using photo or video materials shot with the help of 360-degree camera. If your location is with static objects, you can use panoramic photos for a virtual reality tour. But for dynamic locations,  you will need to choose video.

Creating effective and attractive virtual and augmented reality applications is a real fun. Of course, if you know what technologies to use, which gimmicks to add, and what devices to target. So far the world of VR/AR/MR technologies are like these: it’s unimaginable without ARCore or HoloLens, for example.

Users love their devices, they love using Snapchat AR filters and taking virtual tours to faraway lands. So stay tuned with the tech world of AR/VR/MR. 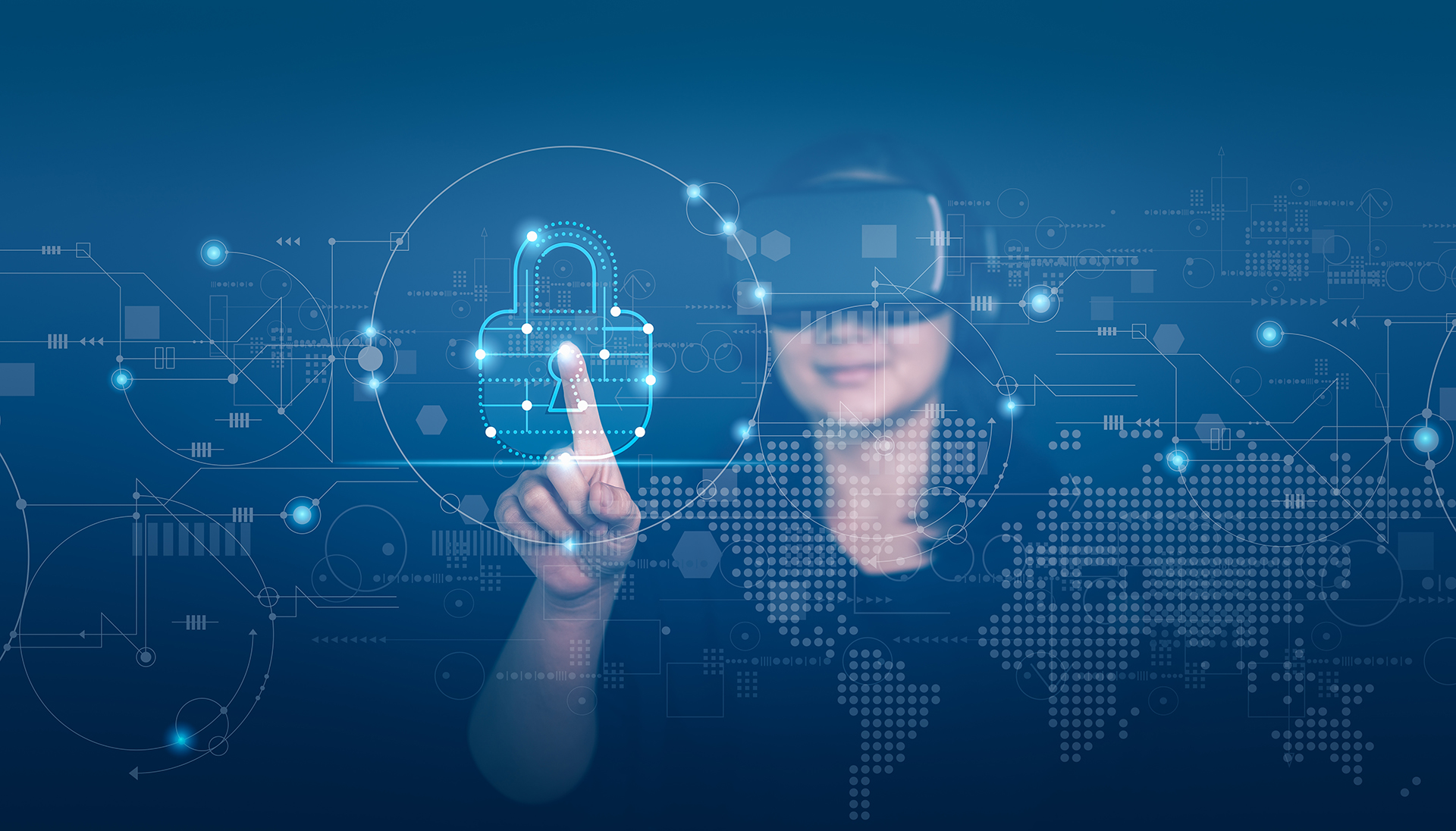 Legal & Cybersecurity Aspects of Metaverse. What to Bear in Mind Before Launching the Metaverse?

In this article, we will think thoroughly together with you about the main regulations that go around Metaverse and its legal environment, as well as its core cybersecurity issues that may be of a concern.  The Metaverse, also known as a virtual world or a 3D internet, is a simulated environment that can be accessed […]

An ever-expanding technology landscape has given rise to the potential of revolutionary experiences through Virtual Reality and Augmented Reality. Both are exciting opportunities that enhance the user’s view of the world, but there are key differences between them. Let’s examine the AR vs VR debate and discover what sets these two groundbreaking technologies apart. What […]