What is The Biggest Pain Point of HRs Today?

I asked several HRs managing big teams and came to the conclusion that the answer is simple as it could be. It’s engagement.

Engagement of employees is the foundation of any successful company. After all, engaged employees are 57% more enthusiastic about their work and, as a result, they are 87% less likely to quit their jobs according to PwC Study.

It’s not that difficult to recruit the right person to your company, it’s much more difficult to keep this person motivated, involved, engaged, and spontaneous in his/her expressions all the time. The market is changing really fast, and employees expect to receive more and more.  After some time at the office, even the most enthusiastic person feels that the work wears him/her out.

HRs try to solve this problem with hundreds of different methods. Team buildings, parks, digital detox, table tennis and morning yoga classes, gallons of coffee at work. But, as I am saying, the recruitment market is always in motion and it’s never enough.

There is the solution which few HRs used so far: virtual reality training programs.

VR training is the new thing in the world of recruitment simply because it makes a better impact and it’s more effective.

Training in VR is remembered better compared to any textual or video materials. It’s a scientific fact. The trick is simple – memories are anchored better and seem stronger because of multi-sensory and emotional input.

In other words, when training provokes strong emotions and includes visual, auditory, haptic stimuli, it leads to the better retention and enhanced emotional responsiveness.

The authors of the article “Experiences in Virtual Reality: a Window to Autobiographical Memory” published in the “Current Psychology” journal proved it in a lab. The trick is multi-sensory stimuli and strong emotional experience.

Above all that, VR is cost-effective, scalable, and not limited by the geographical location of the trainees. Using VR is a great way to both convey information and get new employees excited about their jobs.

What is Virtual Reality Used for?

Virtual reality training programs can be used in all the stages of recruitment.

1. Welcoming potential employees during career fairs with the help of immersive VR tours that show the company from the inside.

With the help of these tours, potential employees can open the door and walk the corridors of their future office, meet their co-workers, feel the atmosphere of the place and learn more about the operations and the corporate culture. It’s possible to add some textual information or even a game to help the viewer learn the new information more effectively.

People often wonder what emotions do we remember for longer: positive or negative? The right answer is – the strongest.

If you want to surprise your future workers at the hiring stage, use virtual reality business applications during career fairs. Such a strong immersive experience sticks with the potential employee long after the job fair. When you try to stand out in a crowded hall at a career show, nothing attracts the crowd as much as the crowd itself.

Among all the scope of applications, VR users often neglect the potential of social media reach. Today it is easy to upload VR videos on YouTube because this social media is offering the owners of goggles a fully immersive experience.

Have you heard about the success of the VR recruitment for the British Army? The army created a 360 virtual reality application and downloaded it on YouTube for free. As a result, the recruitment rate increased by 66%.

Social media networks are the chance to reach customers without being pushy and irritating. In the modern world, posting an exciting 360 video can be much more effective than numerous ads on job websites.

3. Welcoming Employees in the Office

A good relationship with colleagues is the second most important factor for the majority of candidates.

Imagine a brief virtual reality tour which shows a potential candidate the whole team during the job fair or at the interview. Try walking in your employee’s shoes for a moment. You are exploring your future office and see coworkers smiling and saying “Hi!” to you! Shaking hands with your future boss. What can be easier? The boss can tell you about the company’s goals and projects himself/herself.

Imagine the emotional impact such a virtual welcome produces. A person feels welcomed and motivated even before he/she is hired. And you all know, the price of a positive first impression.

With the help of an awesome VR game, it’s possible to test curiosity, perseverance, original thinking of candidates. It is possible to see how effective their problem-solving skills are.

Let’s take the IT sector for example. The candidates who found the game exciting and are impressed with the creative approach are more inclined to respond to vacancies. And those who coped well with the game which requires the knowledge of the coding languages, go through the selection funnel faster and become part of the team.

Gamification is an old tech trend, but ask yourself, have you used it for training at least once?

It is easy to add data collecting and analytics to understand what in VR app gets more attention from the users, to understand more their behavior, motivation and interests.

For Training Those on Board

They say that the Silicon Valley is not selling you software and hardware anymore, it’s selling you empathy. Empathy is the next big hope of the humanity – after learning how to communicate we are trying to learn how to understand and deal with emotions.

VR is an empathy machine– this phrase has become a cliche already. Experiments with a virtual reality training programs show that it produces a strong emotional effect and can actually change person’s behavior.

Many employees need to display empathy in their daily work: social workers, sales managers, team leads. Actually, all those who work in a team need empathy training. Virtual reality training programs can help employees walk in other people’s shoes.

For instance,  91% of people who used VR in the Ford empathy experiment decided to change their on-road behavior.

The company decided to VR to help cyclists and drivers understand each other better with the help of WheelSwap experiment. Ford created VR videos to let drivers and cyclists understand how it feels to be “on someone else’s wheels.” 1200 people watched these videos and the effect that it produced was overwhelming: 70% of participants showed the increase in empathy and 60% changed their road habits within the next 2 weeks.

The potential of VR for empathy training is incredible, it’s effective, it’s emotional, and, as Ford has just proved, it has an instant effect. Virtual reality in the education of empathy can have a really transformative experience for your employees.

Virtual reality corporate training is the ultimate chance to reduce costs and make the training more impactful for people working in different offices.

Most companies have international teams today that’s why gathering everyone under one roof seems a bit challenging. Luckily, there is a virtual reality application for meetings and training. Besides, anyone can choose any avatar ( yes, employees can appear dressed as Chewbacca).

Your employees from different cities and countries can meet in the VR environment, see each other’s avatars, discuss any questions and even cooperate on creating some new prototype in virtual physical form.

The understanding motivation of employees with the help of a VR game is a great idea, isn’t it? After all, who can say “No” to the proposition “Let’s play?”

The game script itself can be even unrelated to the work processes at all but aimed at testing key motivational systems. It can be some everyday life experiences, sport games simulations or the imaginary world with different game mechanics and tasks. When playing most people are relaxed and absolutely engaged in the process, so they will act as naturally and intuitively as possible.

After each game session, you will get the analytics, which will point to the results of the test. It’s definitely more effective than years of observation or boring tests which most people seem to pass carelessly.

8. Helping Employees to deal with phobias in VR

VR application for phobias is gaining popularity. With their help, it is easy to detect and work with fears. VR simulations can help your employees to fight their fears, for example, fear of public speaking or be dealing with objections and conflicts. It is possible to simulate any situation and let the person go step by step through several stages of experience that will help him/her to practice, fight existing fears in virtual environments and get ready for real life.

Many companies can’t afford to simulate crisis situations in real life because it will disrupt all the operations in the company and put employees’ health at risk. For instance, simulating oil spill or the accident it’s not the best idea regardless of the effectiveness of such a training for employees.

That is why companies use virtual reality technology today. Siberian oil company Gazpromneft is exploring virtual reality industrial applications and teaching their employees how to increase resilience during industrial incidents.

The thing is the dynamic nature of situations require original thinking and emotional control. Only flexible, adaptive, and creative people can cope with unexpected situations. Luckily, these skills can also be trained in virtual reality. Creating a critical situation in VR means preparing your employees to deal better with it in real reality.

In critical and stressful situation VR apps can help your employees to relax and restore energy during a stressful working day. There are virtual reality applications that can teleport your employees to the seaside or mountains, let them switch off for a while and meditate.

It is possible to create VR experience with animals. How about playing with cute raccoons or penguins. It’s not a secret that animals have a great positive influence on people’s mental state.

Meditation in virtual reality is another hot trend in IT. And apart from providing your employees with the vacation, you can offer them retreats inside the office.

The number of the companies using virtual reality for employees training is growing at a rocket speed: Ford, Walmart,  KFC, NASA, Honeygrow, Gazpromneft. Some of them take advantage of the power of VR to improve empathy in employees. Other businesses benefit from the possibility to simulate critical industrial situations with zero health risk for employees.  There are companies that test employees during the hiring stage reducing the workflow.

Need virtual reality consulting? It’s possible to create a game in VR, a virtual reality tour around the company, it’s easy to build a world in which your employees will test their crisis management skills. 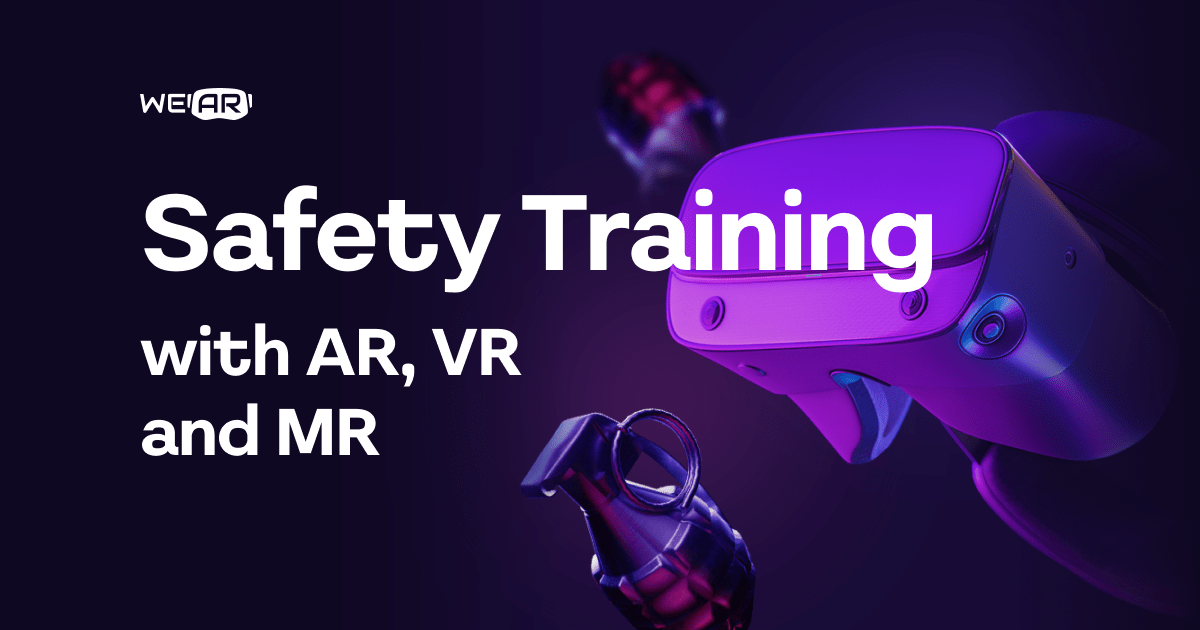 Every few years, a new technology trend takes the business world by the storm, and in the past few years, augmented reality safety and virtual reality safety training applications have shown business owners new ways to achieve goals with unmatched benefits.  As every business aims to maximize its resources while cutting costs to attain goals, […] 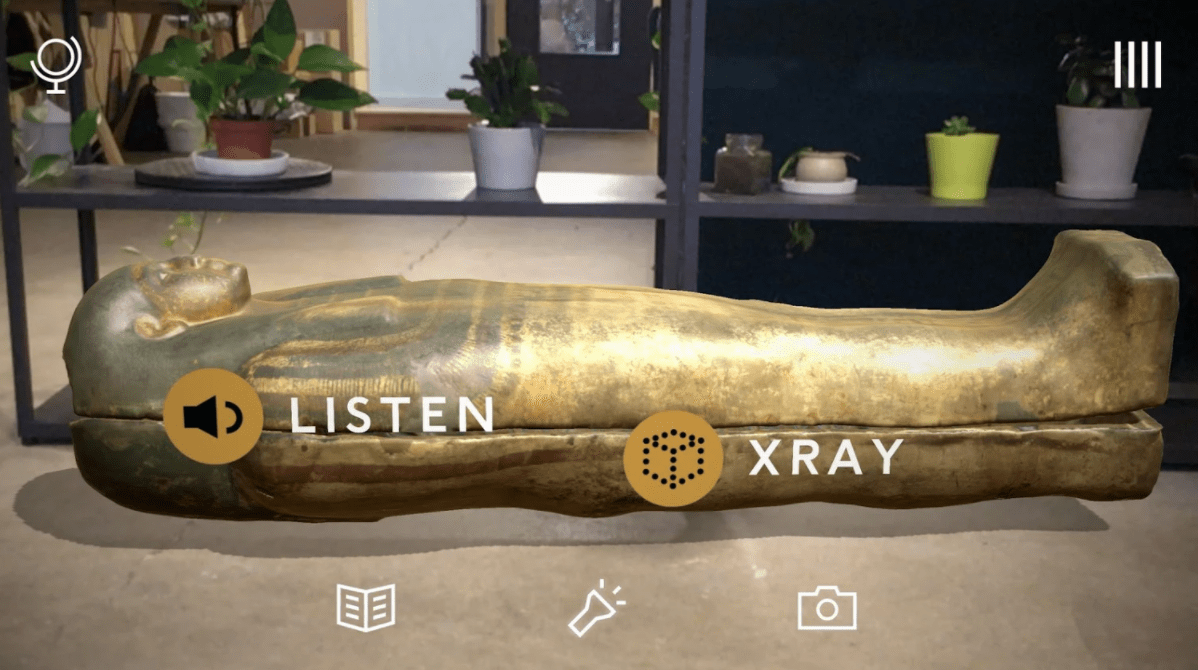 Augmented reality describes user experiences that add 2D or 3D elements to the live view from a device’s camera in a way that makes those elements appear to inhabit the real world.  The world is living in the era of AR /VR that presents real-time visualization with tracking reality. It empowers users to see the […]