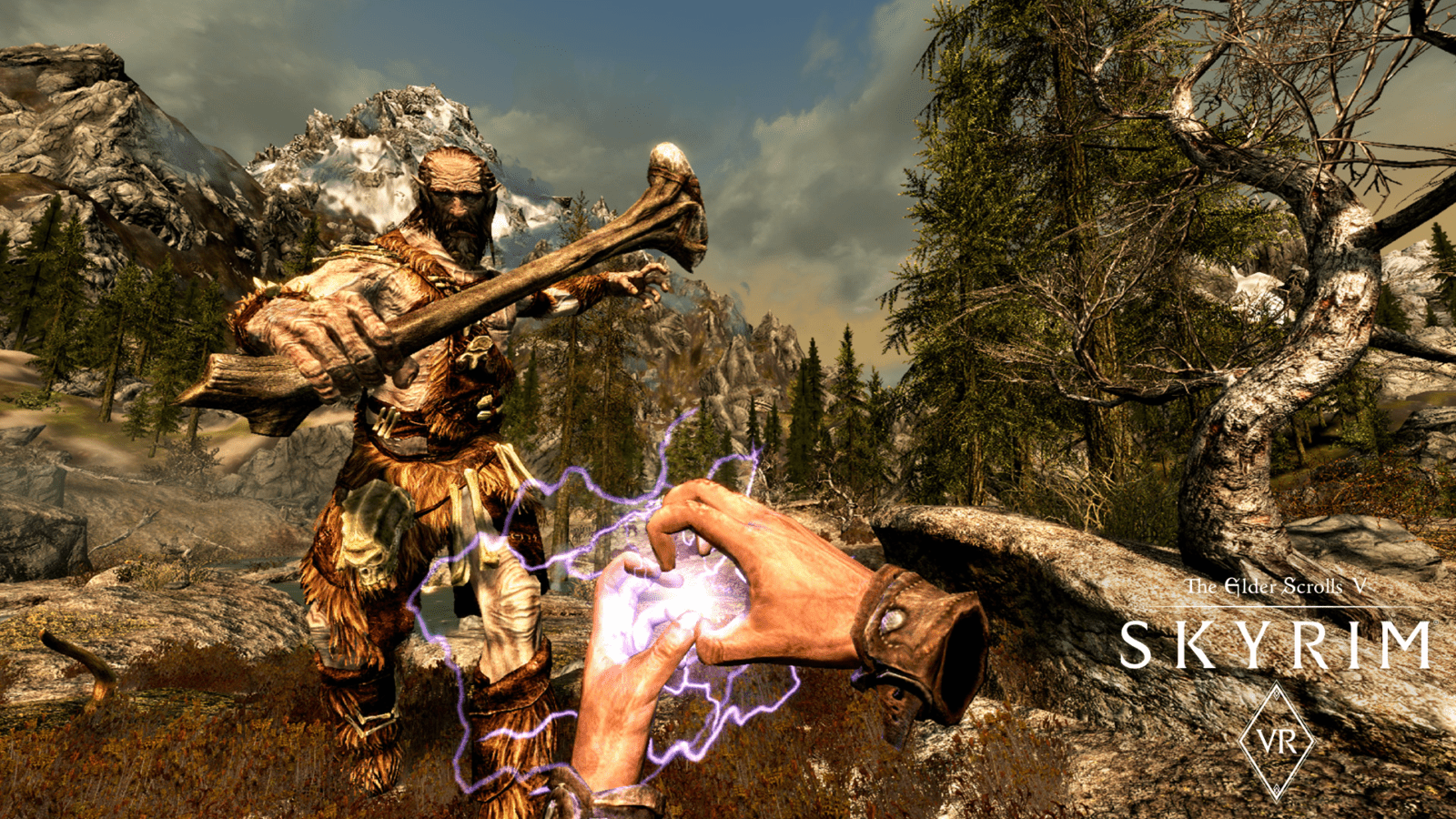 Virtual Reality has been in use for many industries – education, training, automotive, healthcare, etc. In recent years, Virtual Reality gaming has also gained popularity as a medium for games and entertainment in general. We at WeAR Studio like to keep up with the latest VR game trends as it is a huge sector of the XR industry. Virtual Reality allows users to be a part of digital worlds like never before – be it experiencing whole stories in fascinating environments or just relaxing with some simple puzzles. If you would like to learn more about virtual reality in general check out our Guide to VR article.

Of course, there are multiple kinds of consoles and headsets that allow gamers to experience VR games. First, you should see which consoles you have that you could work with – Playstation VR for any existing PS4, Xbox One or Xbox Series X/S, and even PC “consoles” like Microsoft Windows and Mac can allow for virtual reality gaming. You would just need a headset that would connect with any one of those such as HTC Vive, PS VR, Oculus Rift, Valve Index etc. There is also Oculus Quest 2 and Microsoft Hololens 2 that are possible to game on without any strings attached, literally. We will be looking at our favorite games that work for a variety of consoles – so everyone could find something fun without needing to go find an extra console.

A first-person shooter VR game created by Valve and released in 2020. It is available for purchase on the Steam platform:

“…Fight against a vicious alien race known as the Combine, set between the events of Half-Life and Half-Life 2. Playing as Alyx Vance, you are humanity’s only chance for survival.”

The game can be played on both Windows and Mac computers along with support for various PC-compatible VR headsets and their motion controllers such as Valve Index, Oculus Rift, HTC Vive, etc. – making this game extremely accessible for players without a standalone VR platform. The game was developed specifically for VR-only enjoyment and its immersive gameplay along with captivating world building, it is universally acclaimed by game critics and holds impressive spots in game rankings (usually in the top 20 of games of all times) as well as acknowledged with Steam’s VR Game of the Year Award.

A true classic among Virtual Reality games. Released in 2018, it is a VR rhythm game set in a surreal neon environment where the player uses sabers to slash vibrant cubes in different directions, to the beat of selected songs. The game is constantly updated with new hits and is one of the most indulging VR gaming experiences out there. Perfect for beginners thanks to easy to understand game mechanics, but also includes challenges and leaderboards for the more competitive players.

The legendary Star Wars series has always reigned supreme within the gaming community, and since 2020, it is part of the Virtual Reality gaming scene with this title. It is available for PS4 and PS5 via Playstation VR as well as Xbox One, Microsoft Windows, and others. This multiconsole game is a space combat/shooter experience, which sets it apart from its similar-setting counterparts thanks to the immersiveness of VR. Players get to feel like they are truly strapped into the seat of their favorite spaceship – a gaming experience you can have in your home with just a couple of the right gadgets. The in-game mechanics may seem intimidating, but this is no real-life flight experience, the virtuality keeps the game challenging in an enjoyable way. Any sci-fi fan would appreciate the intricacies of setting up your flight controls in the way that fits you best, making the player’s experience more in-depth and personal.

Whether you have played the original Skyrim (and any other Elder Scrolls game) or not, this VR version changes every aspect of the game via its immersiveness. The player no longer has to try and relate to some fantastical medieval characters – with the virtual reality edition anyone is able to make the storyline feel way more personal. You’re not controlling someone crawling in a cave – you are inside the cave now. If you are looking for an impressive story with astounding fights and exploration… Look no further, this open-world fantasy adventure has it all, even in virtual reality.

Who would have thought that this nostalgic game would make it all the way to virtual reality? Starting out as a Playstation VR exclusive, it is now available for Microsoft Windows and Xbox Series X/S too. The futuristic interface and soundtrack create an entrancing spin on this time-honored game, keeping the gameplay simple yet fresh. The music and puzzle-matching are combined in the game – creating a very relaxing experience for both the fans of this retro game as well as for those who would not usually play Tetris! Such a spectacle within a 3D space cannot be experienced with Tetris in any other medium but VR.

This goofy and cartoony game is way more than what it looks like. It is an action-packed story where the player gets to visit different alien planets and save the universe along with your alien partner named Trover. The VR part of the gameplay allows you to interact with Trover via shaking your head, basically as you would if you were conversing with someone in real life! The title is available across all the biggest VR gaming platforms and headsets. Filled to the brim with comedy and weirdness, this game is a fantastic find for mature audiences who seek monologues and jokes from the likes of Rick and Morty, since they share the co-creator. The immersive experience will have you stay in virtuality hours on end – exploring, making choices (although the outcome of the game remains the same), and free downloadable content to keep you entertained and laughing all the way.

Another classic, this time from SEGA in 2001, that has been adapted to our current times and onto multiconsole VR, such as PS VR, Microsoft Windows plus your headset of choice (HTC Vive, Oculus Rift), and others in 2016 (and later). Paired with an immersive console this game is a mesmerizing experience both visually and audibly. Shooting waves of attacks at enemies creates a symphony, which brings out a sort of in-game nirvana in the players. If you’re looking for something that is extremely stimulating to your sense, then be sure to delve right into the dynamic world of Rez. It was even nominated for multiple game soundtrack awards as well as a winner of The Game’s Best VR Game. An oldie but a goodie!

This game is always in any top ranks of VR games – both the visuals and the gameplay are so unique and exciting, so it all makes sense. In the world of Superhot, you are part of a First-Person Shooter game where “time only moves when you move”. There are no health bars and no weapons on the ground, the player needs to figure out the best way to survive and take away weapons from the enemies. Thus, when you stop, the bullets and attacks of enemies pouring out in all directions stops as well. Not just pure combat, this virtuality lets the player to stop and think, making it a strategic undertaking as well. Praised by critics and showered with at least 5 awards titled “Best VR/Immersive Game”, there is no way we would not recommend this game.

A fantasy puzzle game where the player follows a cute mouse by the name of Quill. Full of adventure and action, this game is family-friendly and will keep anyone wanting to play. The world-building is that of a diorama, making the players want to peek into every nook and cranny of the marvelous universe of Moss, which is especially fun when you can physically move around this story with VR. This immersive experience will definitely leave you content with  the amount of wholesomeness and cozy-looking visuals. A must for any owner of all and any VR gaming platforms.

Probably the only Playstation VR exclusive that made it to our list. Based on the Marvel superseries, this game allows you to become Iron Man and control his nifty suit. Basically, the player gets to live out an Iron Man movie, physically, while inside virtual reality. Packed with fun characters (both friends and enemies) as well as setting up your superhero suit to fit your combat needs, putting you directly into the shoes of Mr. Tony Stark. If you are a Marvel fan or just an owner of a PS4, this game is something you should not be passing by! The Marvel Cinematic Universe is as close as inside your PSVR headset.

All the best Virtual Reality games are out there and are pretty affordable to get – the pricing is similar to that of any other gaming console. However, the interactivity and feeling of playing games changes entirely from that of normal video games. Fear not, all of these keep the player in mind and are tested to reduce any feelings of motion sickness. Just be careful to not overdo it and take your time to adjust to the immersive worlds of VR games.

If you are curious about other uses for Virtual Reality, be sure to check out our Youtube channel with more reviews and case studies. While VR gaming seems like it would be the most fun part of the virtual reality industry, there are also things like VR training (be it for pilots, engineers, construction workers, etc) and VR can even be used for humanitarian purposes and save lives. If you have any further questions or interest in immersive technology, do not hesitate to reach to us at hello@wear-studio.com.