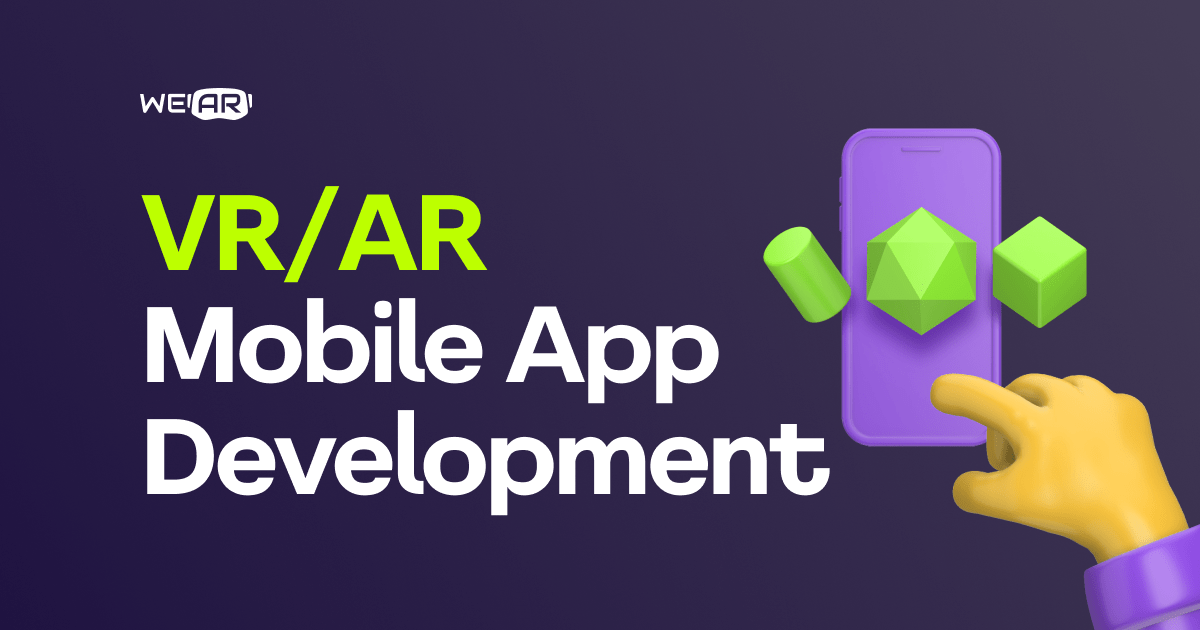 Do you want to boost your business status and increase your sales? Incorporating virtual and augmented reality technologies is an excellent way to improve your business operations as it increases engagement with your customers, improves your employees’ learning experience, and helps establish and improve the status of your company in the market.

But there are several constraints that might stand between your company and using VR and AR to their full potential, and one of them is that this technology is still not that accessible.

People still need access to expensive headsets and other hardware devices to explore virtual and augmented reality applications and use them for several purposes. But mobile app development for VR and AR will allow more people to explore the features of these interesting technologies. Keep on reading to learn more about how to create a virtual reality app or augmented reality app for mobile phones and other devices.

What is Mobile App Development In Virtual Reality and Augmented Reality?

This refers to the process of optimizing content to create a VR or AR app that works on the user’s mobile. As a result, the user doesn’t have to invest in a headset or a device to access the VR or AR universe created by the developer. Instead, the app immediately starts working, engaging the user in an immersive and outstanding experience that can help boost the company’s presence, increase its sales, and ultimately improves the end-user’s experience.

Mobile apps overcome the main problems that users and developers face when they’re dealing with VR and AR. Due to the limitations of hardware components, VR and AR applications aren’t still as widespread the way they should be, and this created the need for a feasible medium that would allow more people to engage in VR and AR applications, so they’re not exclusive to those who own these devices.

Since almost 48% of the world’s population own smartphones that they can easily use to explore VR and AR by pointing the phone’s camera to a QR code or activate an application on the mobile screen, the number of people who can make use of and benefit from VR and AR applications is expected to increase drastically, as more mobile applications are created.

These applications are designed to elevate the company’s presence in its niche by allowing more users and stakeholders to gain access to the created apps, explore and buy products, experience smoother business operations, learn about new product features, handle warehousing operations, or simply get familiarized with the company.

Due to the popularity of smartphones, the need for mobile apps is always increasing. As a result, more people are expected to use VR and AR technologies when they need nothing but the phones that they already own.

What are the Benefits of VR and AR App Development for Mobiles?

Mobile phone manufacturers and app developers have realized the potential of VR and AR, and this is why they are working on improving the content and design of mobile apps for VR and AR.

As a result, today’s mobile phones are serving as hardware devices for VR and AR, so users can access this entertaining and beneficial content wherever they are and whenever they want to. Here are some of the ways mobile apps are changing the worlds of virtual and augmented realities.

How Are Mobile Apps Created For Virtual and Augmented Reality?

Mobile apps are streamlining both VR and AR realities by making these technologies more fun and easier to use. This is why there’s an increasing need for the creation of tools that developers can use to develop a functional and practical app.

At WeAR Studio, the experts weigh all the options to come up with the optimum app development plan that works for the company’s objective. WeAR Studio will help you make VR app or AR app development one of the tools that you can use to increase your competitive advantage in the market.

AR or VR mobile app development process passes through several stages. Each component of the process has its cost and considerations. Each one of these components eventually affects the type of experience that the users will go through to view the content.

This is the main component of a VR or AR project, regardless of the medium used to create and distribute it. The content affects the overall cost of the application because the cost of designing a 360-degrees video is different from the cost of a complicated graphic interaction. The more interactive the graphic design, the more expensive the application will be.

The content is directly related to the purpose of the app or the niche. Some apps are designed to help engage potential and old clients with the company, thus helping retain their loyalty to increase sales. Others are designed to decrease the rate of returns or introduce new products. Apps can also be used for other purposes, including training new employees, designing and improving prototypes, and maintenance.

The end-user experience is affected by the availability of hardware. Since headsets are expensive, this is one of the reasons why VR and AR apps and technologies aren’t as widespread as they should be, despite offering an immersive experience for users in different aspects.

Nevertheless, with the introduction of Android and iOS mobile app development, the cost of designing and using VR and AR apps is expected to decrease because most people already have these devices and know how to use them.

For augmented reality, GPS, sensors, a display, and a camera are needed for the user to try out the experience of the mobile app. The suitable device will allow users to interact with a 3D object or hologram created in AR and incorporated into our real world. Augmented reality app development for mobile phones can make use of these features, which are already available on smartphones, and allow the user to experience the immersive experience of the app for gaming, editing photos, learning, and reviewing prototypes.

The software in the VR project is a crucial component that the developer needs to think about. The complexity of the software application will affect the cost, but other factors can also make the application more expensive.

Both of these types are widely used in image-sharing platforms like Snapchat and Instagram. Users take photos using their cameras, then apply the created effects or simply look at the camera, and the AR content is displayed on top of the image.

The cost of marketing and advertising the VR or AR app should be included in its final price. There are several ways to market and promote a VR or AR application that the developers need to consider, so users will be interested in buying and using this app. Choosing the right method depends on the nature of the app, the budget, and the target audience.

Lots of developers choose to advertise their apps by posting ads or suggestions on the App Store or Google Play Store. Others can also use social media platforms like Facebook and Instagram to market their applications. These low-cost options are suitable for individual developers and startups that don’t have enough budget to spare for marketing and advertising.

Bigger companies can use other platforms in addition to these low-cost options. These include QR codes displayed in malls, social media campaigns, and collaborating with other brands to market their new applications.

Using mobile apps makes VR and AR more accessible because people already have the hardware needed to explore the created reality, but the developers need to optimize the app to help create an immersive experience for users.

Thanks to our successful history with multiple clients, WeAR Studio has become one of the leading service providers in the world of mobile app development. You can browse our cases to see how we’ve brought several successful VR and AR concepts to life.

Our experts will study your case, walk you through the process of app development, and create the perfect plan that suits your niche, company profile, and budget.

At WeAR Studio, we develop customizable solutions that will help you establish your presence in the world of virtual and augmented reality. We’re only one click away.