Why is the augmented reality for marketing is such a good idea?

I’ve looked through the best AR marketing campaigns for kids and came to the conclusion that neither parents nor kids can resist AR.

The thing is augmented reality apps stimulate creativity by offering a child to color their favorite characters and bring them to life in AR. Augmented reality applications go viral and get 1.6 m views.  They educate kids by provoking interest in complex issues such as cosmos or biology.

Do you want to know more?

This AR app is the chance to combine art with technology. Who said kids don’t want to color anymore? Just give them the right AR app that animates models.

More than that, this augmented reality app is free: those who want to color, download AR app and coloring pages for printing. And voila:  a kid has everything for coloring.

But the best part happens after coloring: if a child points a smartphone at the colored page he/she sees elephants and fishes dancing and moving! Parents are unable to ignore this beautiful AR app because it gives them 2-3 hours of a free time and silence.

Rastishka AR app from Danone is the AR app that makes parents happy for two reasons. This app was created to advertise yogurts (not sugared water)  and teach kids about the solar system (do you know that Pluto was excluded from the list of planets?).

So parents don’t doubt:  “to buy or not to buy?” because this app is useful for their kids.

And you can’t ignore the fact that educational content is a serious stimulus for modern millennial parents. They want their kids to speak 3 languages at the age of 2 and start coding on Python by 12. Cosmos is a new trendy topic ( if Elon Musk does it, it means it’s trendy, don’t doubt). And parents are ready to buy anything to persuade kids that learning about cosmos it’s exciting. Luckily, there is an app for that- the app that animates planets, constellations, and cute aliens stimulating a child ask:

“Mom, can we buy that yogurt?”

This app also went viral. 12-year-old kids started posting videos on YouTube about those magnets. This video with a little girl misses Nicole who collects magnets has 1.6 mln views. When you use AR, Influencers find you – not vice versa.

Another cool augmented reality app for kids from another cool company- Disney- which makes children explore nature in a more exciting way. More than that, this app stimulates children (and parents) get out of the house finally and have real experience outside. With the help of this augmented reality app, anyone can animate five animals – a bear, a butterfly, a chimpanzee, a lion, and a sea turtle.

Children learn everything about these animals by performing all sorts of tasks: taking pictures outside, matching colors, finding simple patterns. Exploring the ecosystem of the world in an interactive way! Disneynature explore is the app you can’t resist either you’re a kid or a parent.

And you can’t resist the temptation watch Disney movies after playing games.

The Dutch Lady is a South-Eastern dairy brand that sells milk to kids and gives a lot of freebies.

Recently the company decided to expand their influence over little clients and reach them via smartphones. AR markers were placed on milk packs and scanning them kids were transported to the land of Matt Truitman, the boy from the Netherlands and his cow who produce this milk. And that is when the game starts! Children get the chance to unlock new characters and solve various puzzles. The app was downloaded 40,000 d gave the company a 19% sales boost. And the solution was pretty simple.

Lego is a company that doesn’t need to attract new customers. Like at all. This brand made all the world want to assemble castles and railway stations repeating the phrase “I assemble” on Latin (that’s what the word “Lego” means in case you don’t know). Children of the world start asking about Lego when they turn 2 or 3 because Lego is cool and it’s always exciting to play. But Lego decided to move beyond simple gaming: apart from assembling Lego models, kids got the chance to play with dragons, firefighters, and aliens animated in AR. And the dragon breathes fire! (Imagine you’re 5 and read this phrase again, please).

This app created with the help of ARKit does not only allow overlaying 3D models over physical models but it also adapts 3D models to reality.

In other words, Lego managed to create a new game dimension combining real and unreal and be first in it!  A game in a game. Can you compete with Lego?

It’s just a witty way to say “A game can be even more exciting!”

Augmented reality is what can actually make your kid interested in reading. Who can resist the book that brings to life unicorns and hippogryphs? And I am speaking about the book called Wonderbook “Book of Spells” for PlayStation 3. Kids who start reading it become wizards from School of Hogwarts for several hours.

The book-slash-game turns little readers into passionate wizards and witches. Imagine books on foreign languages: it’s sometimes difficult to stimulate a kid to read them.

Augmented reality in the Jurassic Park. A classmate told to the kid that there is the theme park where dinosaurs become alive. The question is: how soon a kid will ask mom or dad to take him to that theme park? I would do it immediately if I were 7. I loved dinosaurs. Everyone does.

And the company Universal Studios loves dinosaurs the most because they earn billions on films about Jurassic Park, franchises, and merchandise. If you love someone- bring it to life, that’s probably what Universal Studios suppose.

The park itself gets a 2 billion dollars revenue annually. So it’s not surprising that Universal will say “yes” to any possibility of earning more. Using AR is often a chance to attract additional visitors. Some of them will definitely come to check what it means when a dinosaur comes to life.

It’s not difficult to check it: you point the phone with AR app in it and watch your jaw drop.

Another cool AR app. AR app created for the Digma company that sells juices. The customers could download the app and scan the markers to see how tomatoes, bananas, and apples dance. Kids got the chance to learn more about their favorite fruits in an entertaining way and parents were happy to breathe out finally.

The brand also had its benefits: markers for AR were located on magnets. It means that children kept them as toys and played with them afterward communicating with the brand even after consuming the product.

What hospital would a good parent choose fro the child? Right, the hospital that takes care of a little boy or a girl. Alder Hey Children’s Hospital in Liverpool has created an augmented reality app to help children go through the hospitalization with less stress. This app that animates cartoon characters and distracts kids from painful procedures and doctors.

This app available for free for iOS and Android users made visiting a hospital less stressful for both parents and kids. Cute and funny avatars lead little patients through the hospital and informed about every room or procedure. More than that, kids could play with these avatars and earn points.

Modern kids perceive technology as a natural part of the world. That’s why brands that offer that augmented reality apps to improve gaming experience are winning.

A Japanese company that sells toys could just give kids a mask of an Iron Man.

Yet the company did much more: it animated this mask with the help of AR. So you just put on the mask, set up the markers, and the battle with Thanos starts. The company thinks that virtual reality is huge, but augmented reality apps offer more possibilities.

Parents and kids can’t resist the augmented reality: kids perceive as magic and parents see it as the utility because it is educational and motivational. Parents deny it consciously but AR apps created for kids are very popular among them as well. Just look at that Iron Man mask with AR created by Hasbro. Dads couldn`t stop playing it.

AR apps hit kids and adults, that’s why augmented reality apps for marketing are such a good idea.

Augmented reality apps can spice up any marketing campaign or product promotion in many ways.

Some apps are interactive and engaging. Some create new dimensions for players. But the most valuable thing is that AR apps are good for a kid: they natural interest, stimulate good eating habits, educate. And parents can’t resist it anything that is useful for their kids. 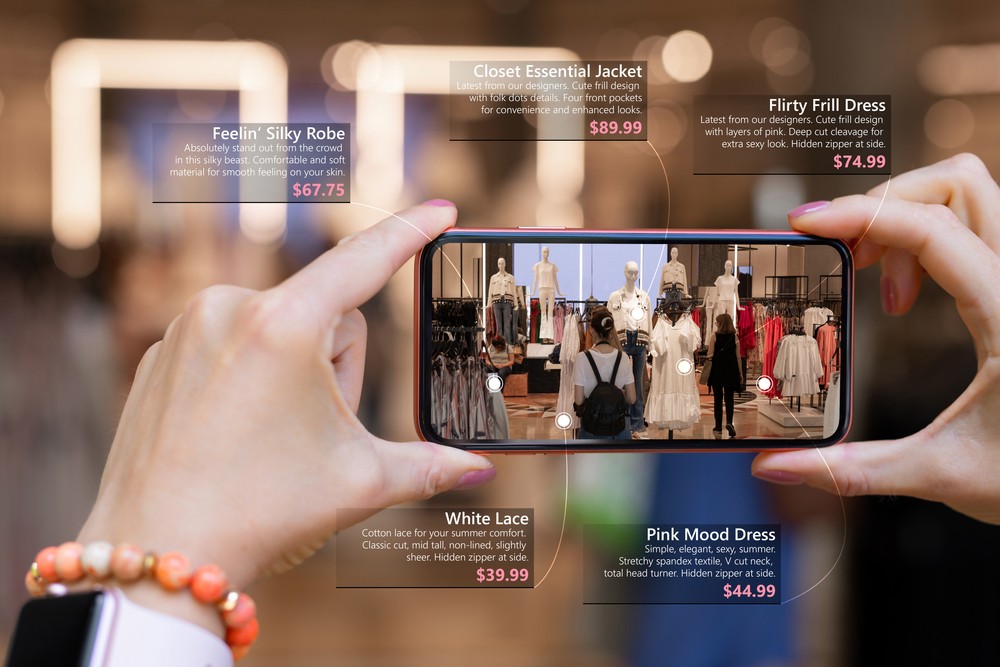 The Ultimate Guide to Augmented Reality (AR) in Retail

Today augmented reality in retail represents both innovation and challenge that’s changing the online shopping experience. State-of-the-art trends present themselves every second, creating new opportunities and learning experiences for retail industry specialists.  Thanks to AR in retail new experiences like the try-before-you-buy are made possible. Consumers can experience a product or service and see how […] 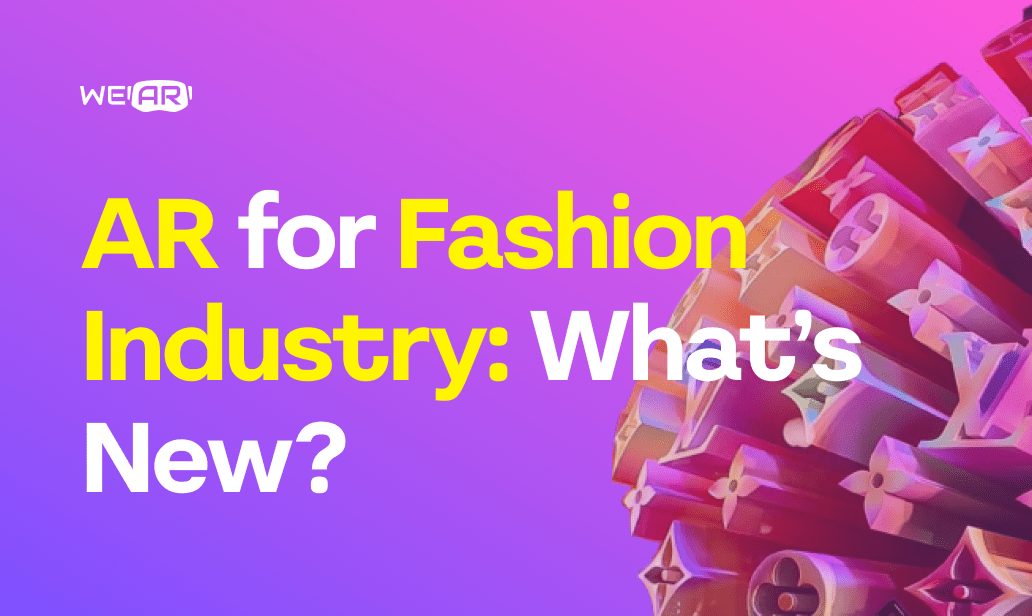 Since its invention in 1957, augmented reality has increased the interaction between providers and consumers for a richer user experience in all industries and niches. And with the widespread use of smartphones, this technology has become more accessible. The number of mobile users of augmented reality applications is expected to reach 2.4 billion users in […]